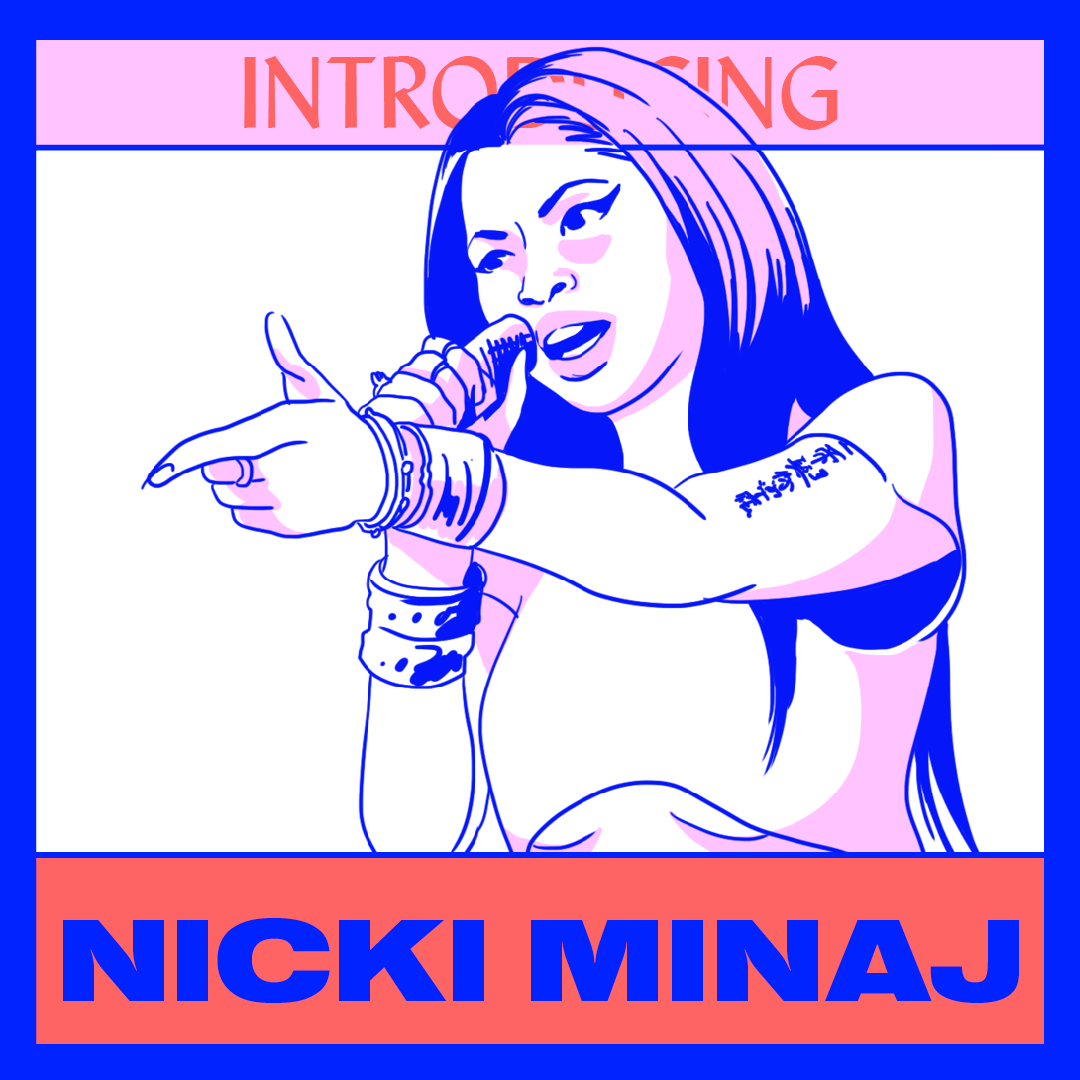 'Cause I am not a word, I am not a line
I am not a girl that could ever be defined
I am not fly, I am levitation
I represent an entire generation

Nicki Minaj is a songwriter, actor and most well known for being a rapper. She was born in Trinidad and Tobago and raised in Queens, New York City. Minaj (born Onika Tanya Maraj) graduated from LaGuardia High School of Music & Art and Performing Arts and initially wanted to become an actress. Instead she started rapping and formed the group “The Hoodstars”, uploaded music on MySpace and signed a deal with Dirty Money where she realed two mixtapes. She caught Lil Wayne’s attention when he noticed her on the DVD “The Come Up” and signer her with Young Money Entertainment where she was on two songs on a compilation album. To this day Wayne and Nicki have a deep friendship. In 2016 Nicki Minaj was named one of the TIME 100 honorees by Time Magazine. Wayne wrote about her: When I heard the first two and four bars, it wasn’t even about her rapping better than any female rapper. It was about, man, she’s rapping better than other rappers—period.

Minaj already made a name for herself in the New Yorker underground. She got introduced to a broader audience when she appeared with a verse on Kanye West’s “Monster” which also featured Jay-Z, Rick Ross and Bon Iver. It was Minaj’s verse that stood out due to its rhyme scheme, wordplays, references and of course her alter egos. This is what I like about Nicki Minaj’s music. Every time she releases a song I’m asking myself which boundaries between Pop, R’n’R, Rap or even K-Pop or Gospel she is crossing and I just listen to the song. Then I sit in front of Genius in order to understand her bars, the smart puns and the rhyme schemes. I am certain that my thesaurus as well as knowledge about pop culture, rap history and even sports improved so much since I started doing this.

Besides from her craft it is the independent attitude and the connection to her fans that I like. She always tells them to stay in school and even helps them with annual fellowships to contribute to her advice.

Throughout her career Nicki Minaj set a lot of records or broke her own ones. She has also been confronted with problems that are usually a result of sexism within and outside the music industry. She is either called an Angry Black Woman or a slut. The latter is grounded in a double standard that the author Anne Helen Petersen even wrote a chapter in her book about. While sexy objectified women are usual in Hip Hop people were bothered by a sexy woman that owns her sexuality and even raps about it.

In 2017 UK rapper Lady Lesshur revelead a new dimension of attacks against Nicki. In an interview she told that the label Atlantic Records offerd her $250,000 to start a beef with Minaj. “‘She’s the biggest female MC and you need to take her down,’ and I wasn’t feeling that at all” she said. This fits a latest statement by rapper Cuban The Doll who said that she feels that the industry is constantly looking for the next Nicki Minaj and that every label want their own. At the beginning of the year Nicki addressed the latest attack from the industry claiming that „You know radio already tried to blackball a bitch”. Again she was labeled to be bitter until DJ Envy, host of „The Breakfast Club“ admitted that he indeed blackballed her.

One could think that this is business as usual within the music industry. I am interested in it because most of these attacks are grounded in Minaj’s unique  position as woman in Hip Hop. You don’t even have to like Nicki Minaj or her decisions but nobody can deny that she is a talented and intelligent MC that inspired a whole generation of rappers, especially female rappers and that she is a real door opener. So let’s all give credit to the Queen of Rap.